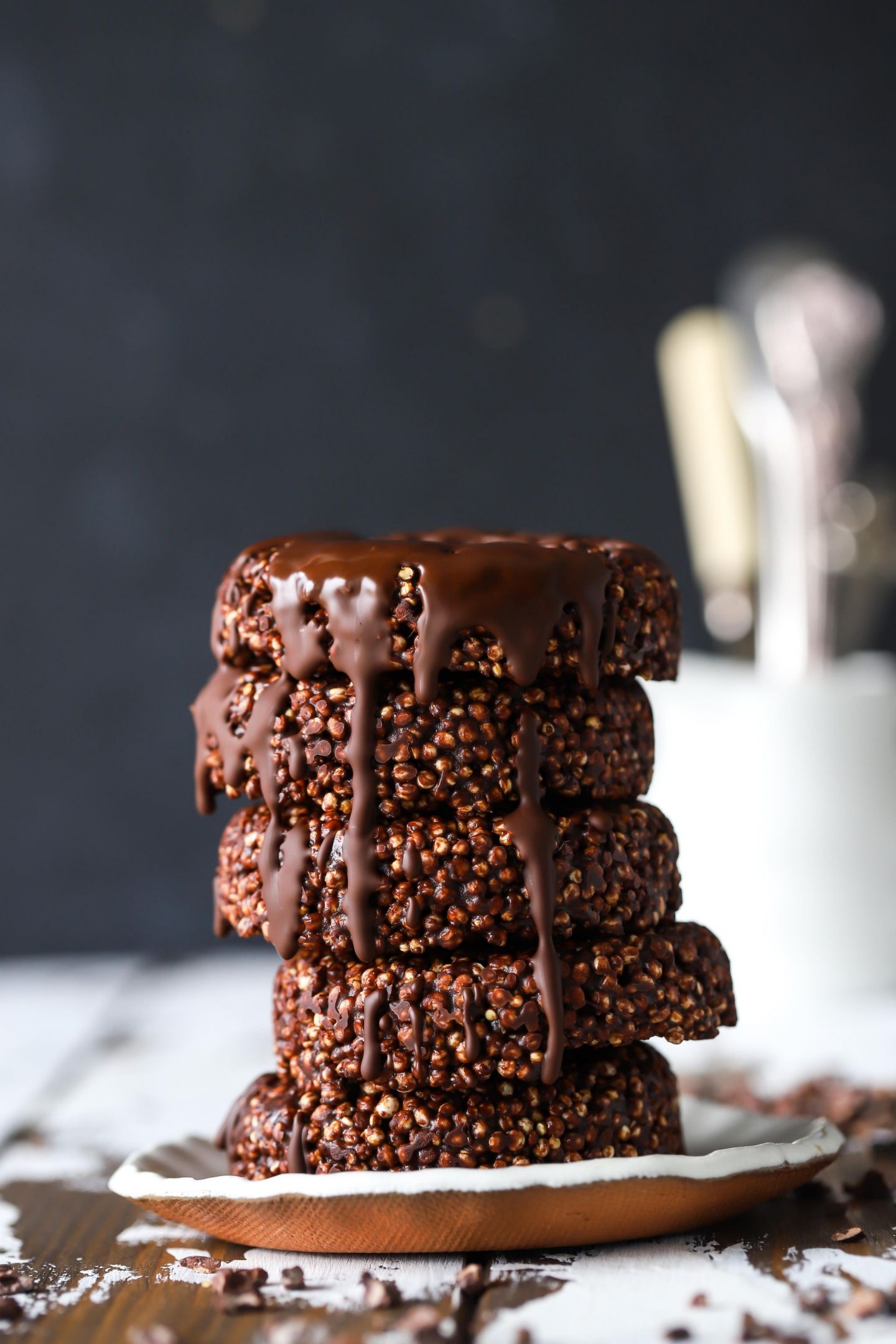 When I first got my doughnut moulds, some could say that I developed a slight doughnut making obsession. The protein doughnut craze was in full force back then.. and it was delightful. For some reason, recently I’ve been neglecting my doughnut making antics, so I thought that this simply HAD to change. 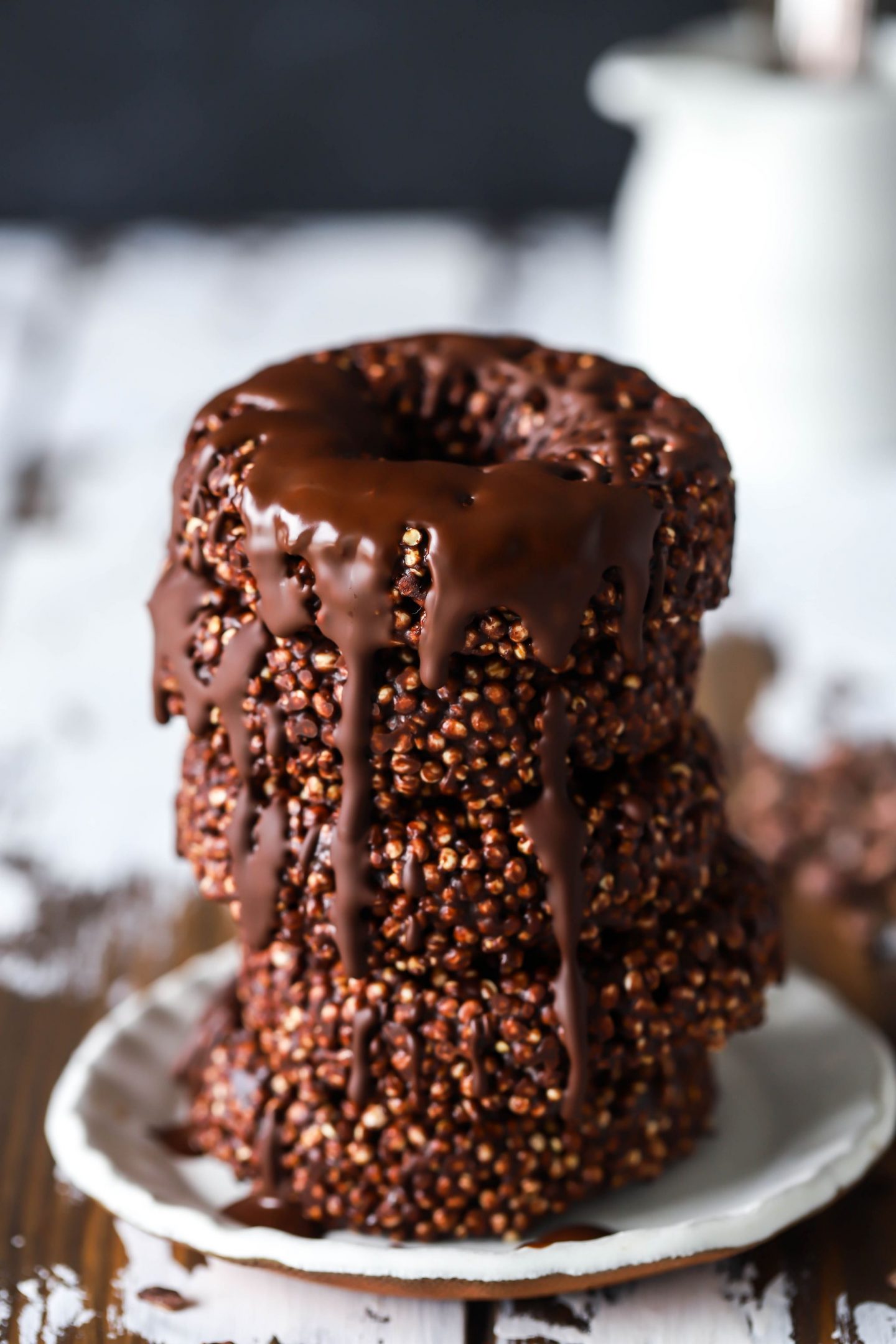 Yes, I’m aware that these aren’t your classic doughnuts.. or even doughnuts at all to be honest. If we’re going to get all technical, then they’re really just crunchy chocolate protein bars in a circle shape with a hole in the middle. I just don’t think that name has quite the same ring to it though. They’re basically like a slightly healthified chocolate rice crispy bar with a little added protein. I’ve actually used puffed quinoa instead of rice puffs, just for something a little different and I actually really like the way these taste. They’re also great if you’re someone who struggles with digesting grains like rice and quinoa also has a higher plant based protein content.

Another great thing about these is that they’re also no bake, so there’s very minimal cooking required. It’s not quite as hot as it has been previously, but during the time I was making these, we were experiencing a real heatwave In London and turning on the oven was certainly not an option I’m afraid! These just have a bit of everything that I’m craving when on the hunt for a sweet snack. They’re sweet, crunchy, chocolatey, indulgent, whilst being super easy to make for yourself at home! 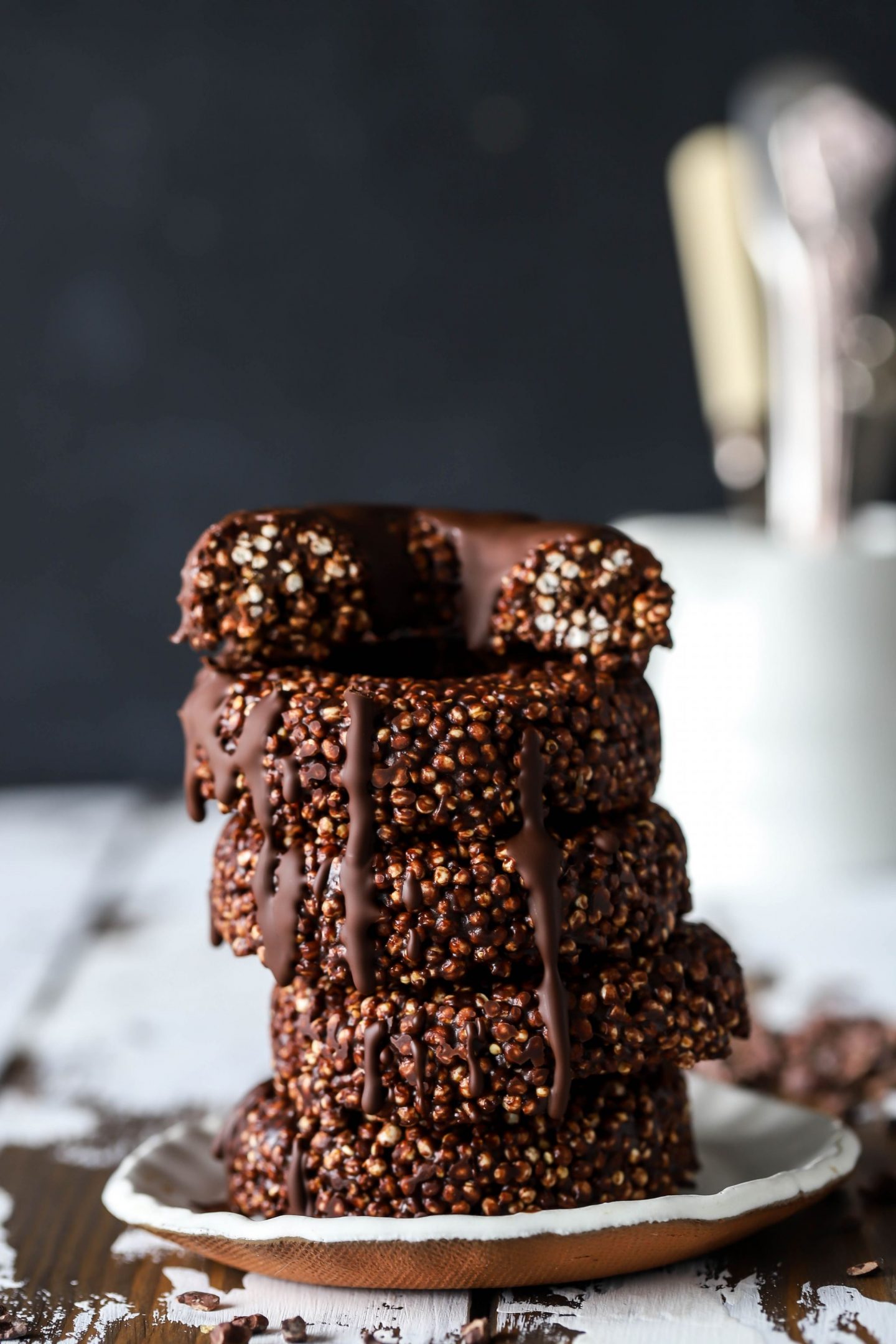 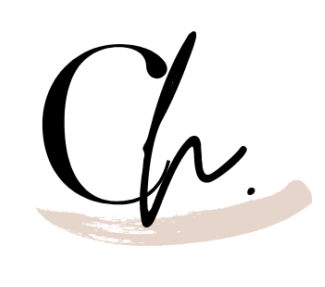